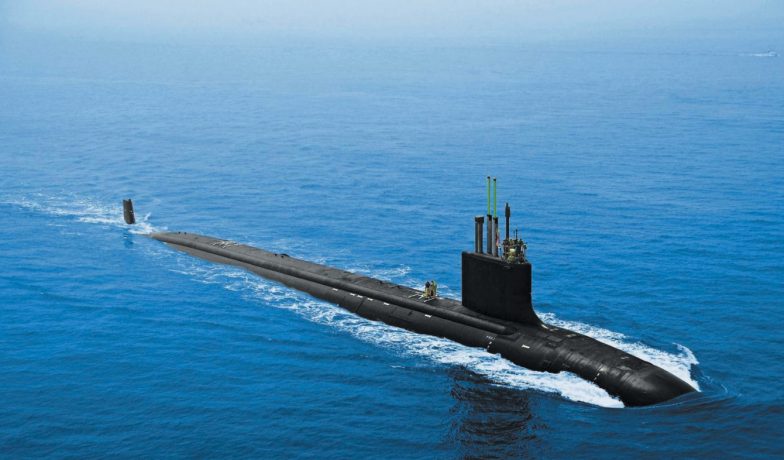 By Janenne Irene Pung  |  June 2, 2022 Lakers & Salties, New Construction & Ship Repair
Capt. Ed Bartlett has a vision. If it turns into drydocks and vessels, it will bring ship-building and an estimated 5,000 direct, permanent jobs to Ohio through two privately owned companies. If successful, the Great Lakes would become a nucleus for renewing the nation’s military submarines as early as 2026.

Bartlett and a board of directors set out to provide a solution. The Bartlett Maritime Plan provides details on a new shipyard, manufacturing facility and two ATBs to move the U. S. Navy submarines into the system for repairs and maintenance. Given a firm contract with the Navy, Bartlett will proceed with building two Ohio-based companies American Naval Depot in Lordstown and American Naval Shipyard in Lorain.

The report was released in 2018. It states, “Navy shipyards have been unable to keep up with maintenance demands for attack submarines. As a result, the Navy has spent $1.5 billion since 2008 to support submarines that it could not deploy.”

An example, the USS Boise one of 51 attack subs was docked for two years while waiting for maintenance, with the Navy paying to support it. This is just one delay that created a 10-year gap between the subs deployments. The GAO report also found that the nation’s submarine fleet lost more than 10,300 days of availability during the previous decade.

While much of the report is classified, one declassified recommendation is that the Navy assess how it allocates maintenance between public and private shipyards. It challenges restricting use to overbooked public yards.

In a podcast about the report, John Pendleton, director of GAO’s Financial Markets & Community Investment team, says that site visits to both types of yards showed public yards at or above capacity for years.

“We recommend the Navy take a look at the costs and benefits of using private shipyards capacity,” Pendleton adds. “And, in general, be more strategic in how they allocate maintenance work.”

While shipyard shortage for the subs existed before the GAO report was published, Bartlett says it was not known outside the Navy. Since discovering the problem, he has formed Bartlett Maritime Corporation and worked behind the scenes to detail its multi-million-dollar, multi-year solution.

“Were ready to go,” says the former master/captain with the U. S. Coast Guard. What isn’t ready is the Naval contract and the information needed to determine specifications for the shipyard and manufacturing facility.

In 2018, the Navy announced a 20-year, $21 billion effort to modernize and optimize its four public shipyards: Norfolk Naval Shipyard in Virginia, Portsmouth Naval Shipyard in Maine, Puget Sound Naval Shipyard and Intermediate Maintenance Facility in Washington and Pearl Harbor Naval Shipyard in Hawaii. Bartlett proposes a public-private partnership that includes building the shipyard and manufacturing facility with public funds. The corporation would operate the shipyard for 30 years, at which time, ownership would transfer to the Navy.

Bartlett chose Ohio for both companies because of the state’s Industrial Revenue Bond Program, which provides businesses access to the national capital market to help fund economic development projects. Businesses, manufacturers, nonprofits and governments can access long-term, fixed interest loans and, under some circumstances, can access the bond funds tax-exempt issuing authority, according to DevelopOhio.

The state’s ports are primary handlers of these bonds. The Toledo-Lucas County Port Authority was the first port in the state to create a bond fund. Since then, more than 575 projects representing an investment of more than $2 billion have helped create about 19,000 jobs. The Cleveland-Cuyahoga County Port Authority issued these bonds to help draw Amazon to the area.

The Navy also has access to an existing federal lease-purchase program to acquire facilities through bond repayments. The three-way public-private partnership — Bartlett’s company, the Navy and the state — would provide capital. Bartlett says that state bonds would provide capital for constructing the facilities, and they would be backed by a 30-year lease-purchase agreement by the Navy. The formal proposal has been submitted to the Navy.

“All of the work we’ve done so far has been independently funded without any Navy input,” he says. “Now we need to get the Navy engaged. We need to know exactly what they want the facilities to contain to build them to the specifications.”

While most of the work has occurred locally and without much fanfare, Bartlett Maritime Corporation recently signed a cooperation agreement with the AFL-CIO that supports implementation of the Bartlett Maritime Plan in Ohio.

Public announcements of the agreement prompted media coverage. Bartlett says he hopes the attention helps persuade the secretary of the Navy, U. S. Department of Defense and even the White House to encourage the needed lease/purchase agreement with the Navy.

According to Bartlett, the future of the shipyard and manufacturing facility have moved from the technical/planning realm to the political realm. He hopes the union and mounting Great Lakes congressional support will help finalize the contract.

“We’re committed to taking this project over the goal line,” Hart says. “Were all working with delegations, the department of the Navy and the White House to answer all the questions and build a consensus on this project.”

“When we get involved in something, we do our due diligence,” Hart adds. “We have a long relationship with Capt. Bartlett that goes back 12 or 13 years. He’s a credible businessman, and when he brings something to the table, we take it seriously.”

Details on the Plan

The American Naval Shipyard proposed for Lorain would be located near Lake Erie and along the Black River. It would have two drydocks in an enclosed Integrated Drydock Production Facility, according to the plan. Between 2,000 and 3,000 workers would work on the subs.

American Naval Depot in Lordstown would involve greenfield construction. It would be built with growth in mind, Bartlett says, to support Columbia Class component manufacturing. Its forecast that the facility would employ between 500 and 1,000.

Bartlett Maritime Corporation’s plan could bring geographic diversity and expand the labor pool for Navy submarine work. Of the Navy’s current drydocks for the subs, 10 are listed as acceptable and eight as requiring upgrades through the Navy’s 20-year Shipyard Infrastructure Optimization Program.

“The landowner there is favorably disposed to support this project,” he says. “In Lorain, there are several sites under consideration – all on the Black River. Several landowners in Lorain have contacted us and are very interested in having their properties used for the shipyard. We expect to select the site during the first six-month planning period.”

That planning period would also involve demonstrating a comprehensive facility acquisition plan for both companies and the proposed workforce development plan.

The third reason Bartlett selected Ohio for the new shipyard duo is available workforce. While building the plan, Bartlett consulted with the state of Ohio on available workforce. And since going public, he says he’s had “an overwhelming response from people who would like to work in these plants, including people who grew up here, have moved away and want to come home.”

Lorain’s shipbuilding dates back to constructing wooden sailing vessels near the mouth of the Black River. The sloop General Huntington was the first boat launched from Lorain in 1819, according to Lorain County.

Shipbuilding progressed into Cleveland Shipbuilding Company, the precursor for American Shipbuilding Company. Through economic ups and downs, and even a tornado that caused extensive shipyard damage in 1924, the industry remained a relevant employer until the Lorain yard was closed in 1983. The last ship built in the city was William DeLancy, a 1,013-foot laker.

According to Hart, union labor would be used to construct and operate both locations. While construction is underway, training would occur with workers being assigned to work elsewhere until the jobs in Lorain and Lordstown were available.

The mayors of both communities support the projects for what they would bring or return to the area. Like the AFL-CIO, they have provided letters of support to Bartlett Maritime Corporation in its pursuit of the contract.

“Lorain has a great shipbuilding history,” local mayor Jack Bradley says. “We produced ships during the second world war for the military effort, and we continued to do so through the American Shipbuilding Company. We have a proud history of working on vessels here in our city. I saw this as an opportunity to return to that tradition.”

“I first heard about this plan shortly after the GM plant shut down here,” Lordstown Mayor Arno Hill says. “I took Capt. Bartlett around to see the potential sites for the maintenance plant.”

In addition to the AFL-CIO, the Seafarers Union has been contacted about the project. Bartlett says those ship operators would be hired to operate the subs transport carriers, which could be built at Fincantieri Bay Shipbuilding in Sturgeon Bay, Wisc. (See the story on page 17 for details on the specialized vessels needed to move the submarines to and from the shipyard.)

“This project has elicited so much emotional support in the community,” Hart says. “I’m hearing from old-time workers who worked the shipyards in Lorain and lost their jobs when they shut down and moved away and from family members who stuck it out in these towns because they believed in these communities and wanted to keep their families together. Let’s break ground.”

According to Bartlett the project seeks to complement the public yards, expanding Naval shipyard capacity and capability “to restore and maintain full fleet readiness.” 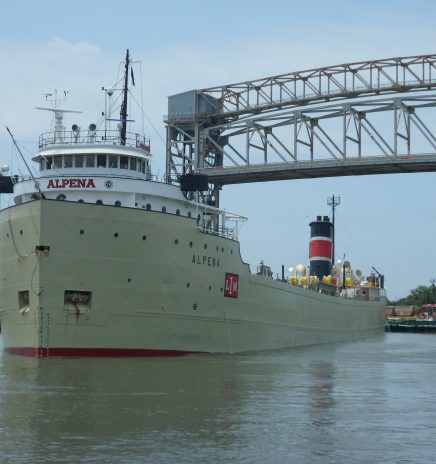